SOLABEL is exploding on to the music scene and for good reason.  With sold out shows, a band of powerhouse musicians ranging from a former touring, Disney Lion King performer, to professional jazz musicians, and folk and bluegrass super stars, this band has everything you could possibly want to hear and so much more.

Solabel’s intention is to push the boundries of a music category by blending all their musical talents into one. With everyone in the band writing music, you simply never know what type of brilliance you’re going to get next.

Their first album is set to be recorded on Sept 14th, and October 2nd, and released by the end of 2021. They’ll be recording 8 new original songs  that they wrote in less than 3 days.

They’ll also be filming a documentary on their origin story and album production.

Is there anything this band can’t do?

Sounds Like: Folk, meets rock, with jazz, spiritual and masterful improvisation bundled into one. 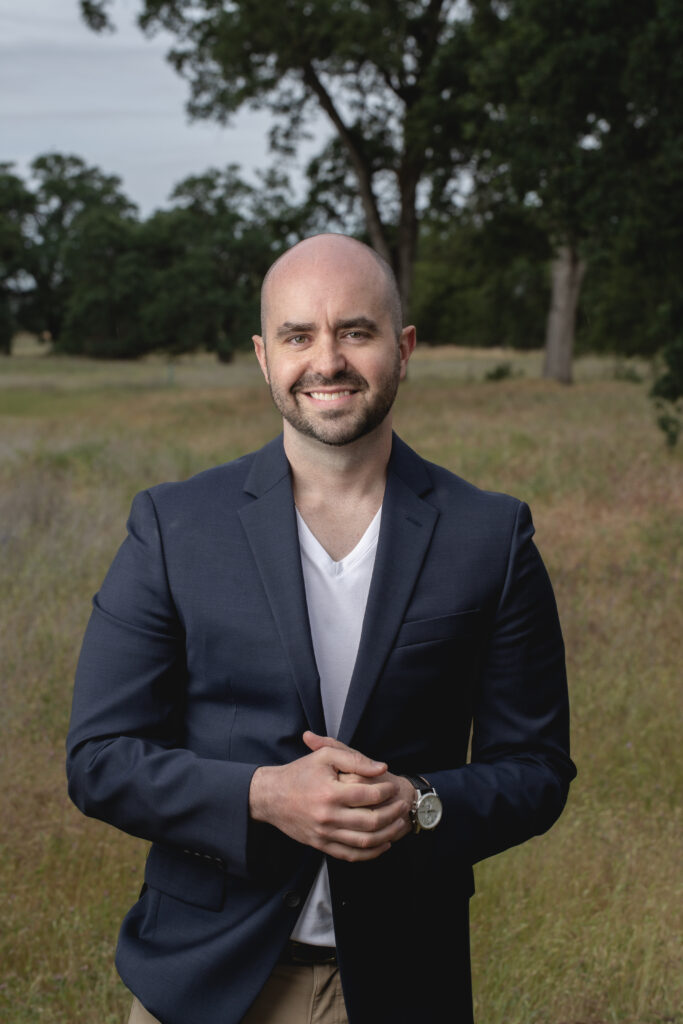 Born into a musical family, Brenden started playing the piano at the age of 5 and studied classical for 13 years. His father, is now the retired Concertmaster of the Boston Symphony Orchestra and has played a significant musical mentor role in his life.

At the age of 14, Brenden switched to learning jazz piano because of his creative and spontaneous desire to play music from his heart.

He pursued jazz piano performance in college by getting his 4 year, BFA degree from The New School University in Manhattan, NY. Since graduating he’s gone on to play solo piano concerts, duo concerts, trio, quartet, big band, and everything in between at all sort of venues nationwide.

He also coaches musicians in business and teaches the strategies and methods he used to build his business so that other musicians can make the income they want and deserve in order to support their artistry without being broke.

He is also the music director and leader of Solabel. 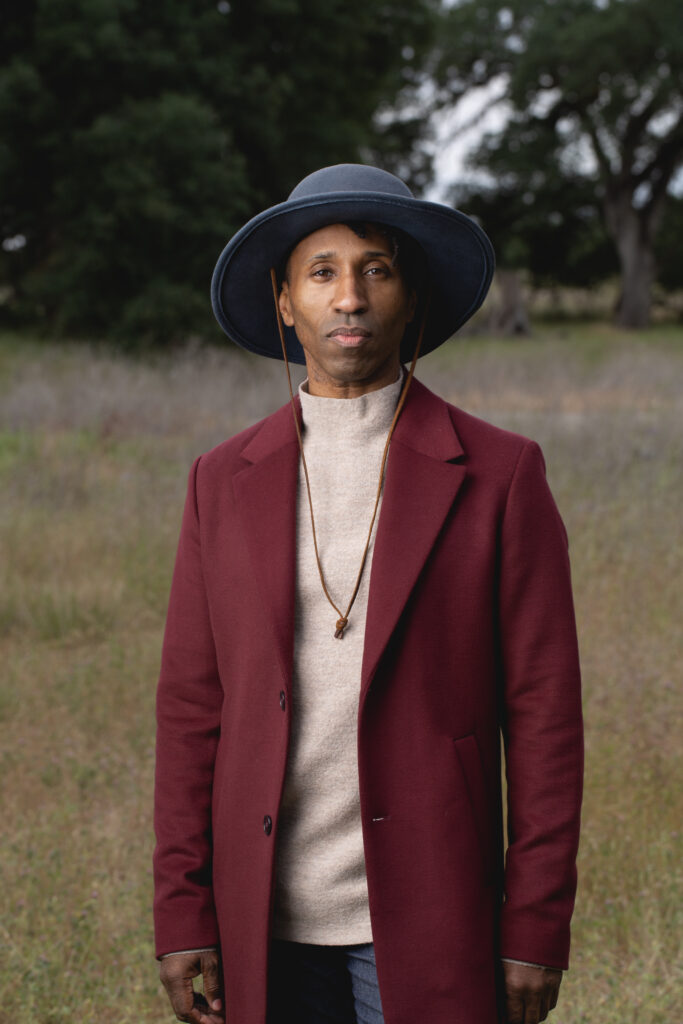 Omari Tau is Co-Founding Artistic Director of Rogue Music Project (RMP) and Professor of Vocal Music at Cosumnes River College (CRC) in addition to his career as performing artist, composer, and director. His degrees are from Michigan State University and the Moores School of Music-University of Houston in Music Education and Vocal Music Performance. At home in operatic, musical theatre, jazz, and pop genres, Mr. Tau has proven a versatile artist/educator.

Tau served as Director of Opera Theatre at Sac State from 2012 to 2018 before establishing RMP. With RMP, Tau explores compact operatic and music-theatre works that challenge audiences in soundscape, setting, and subject material. Since its launch in 2017 it has tackled material from operatic monodramas in restaurants to world premiere genre-bending dance-theatre hybrids such Bones of Girls (2020).

While in Houston, Tau directed the Houston Grand Opera Education and Outreach touring ensemble Opera To Go! which prepares young professionals for the stage creating works for young audiences.

As a performing artist, Mr. Tau toured internationally with Disney’s The Lion King for nearly nine years, performing the role of Banzai with both the Cheetah and Gazelle companies before returning to Sacramento to take part in its growing arts community. Other credits include roles at the MUNY, Theatre Under the Stars, the Tony Award-winning TheatreWorks Palo Alto, as well as Sacramento’s own Broadway at Music Circus. He appears on Albany Records in Roger Nelson’s operatic adaptation of A Room with a View and Disney’s A Lion King Christmas recordings.

As a composer, Tau’s one-act operas A Night At the Algonquin, Lucky Hans, and The Pre-Show Opera Lecture were commissioned by Lone Star Lyric and his works have been heard at Lieder Alive in the Bay Area. His arrangements for voice and woodwinds were created for MôD Artists, a consortium of collaborative artists who were recipients of a Sacramento Region Community Grant Foundation’s Creative Economy Grant to explore the history and community of Sacramento’s Oak Park.

California native, Natalie Hagwood, was born into a musical family that nurtured her curiosity for numerous genres resulting in the multi-style cellist and singer that she has become.

She is currently a member of Dear Darling, a folk trio known for its “harmonies tight enough that these three could be sisters.” While pursuing her bachelor’s degree in cello performance at the University of Nevada Reno, she attended the Next Festival of Emerging Artists, the Montecito International Music Festival, and toured Germany with the Helmuth Rilling Weimar Bach Academy.

In Seattle, WA, she won the University of Washington Concerto Competition, soloing with the UW Symphony in 2018. In 2019, she performed with the piano-cello duo, Duo Libra, and LA Phil Concertmaster, Martin Chalifour and held benefit concerts raising funds for the Paradise Campfire victims. 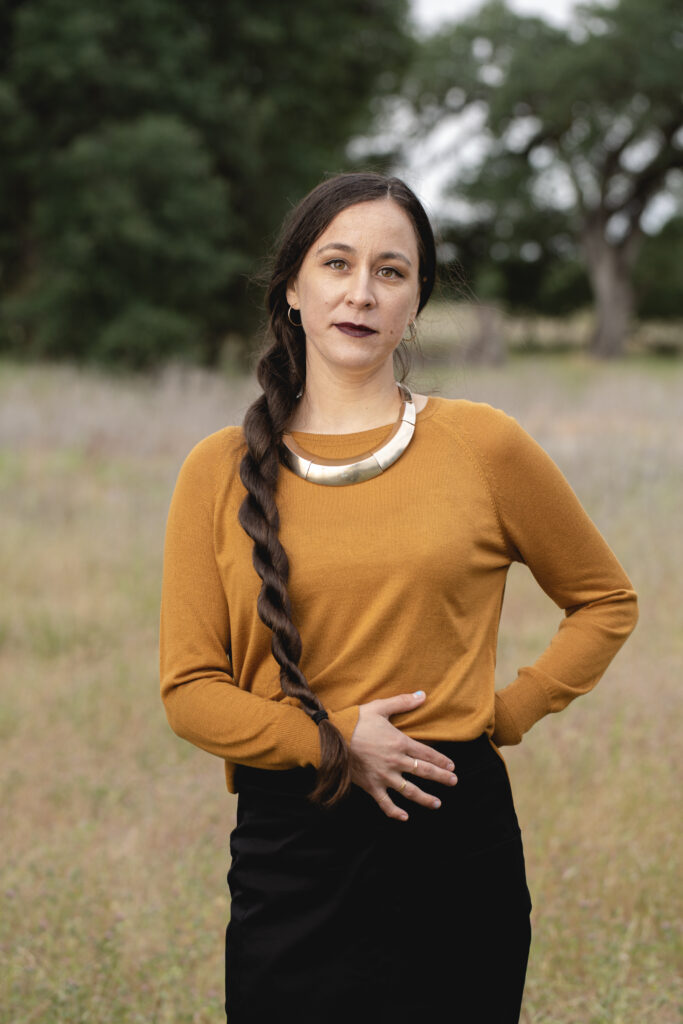 Casey Lipka is an in demand bassist, vocalist and composer. She was a founding member of Cave Women, a band whose music defied categorization, toured with CAKE as their bassist, has composed music for the ballet dancers & museum installations, fronted an 18 piece Motown Orchestra performing Marvin Gaye and Tammi Terrell music, and has been a driving force behind too many other projects to list.

Lipka is currently focusing on her all-female composition collective called Dear Darling and her own music. Her aim is always to keep it creatively out of the box and to make it meaningful, sparking, she hopes, “a conversation of some sort.”

Her music is sometimes free-floating and ethereal, sometimes earthy and soulful, but whatever it is, she keeps it REAL. Mainly, she says, it’s about reaching people. Her music is either jazz-pop, or pop-jazz, you’ll have to decide for yourselves. 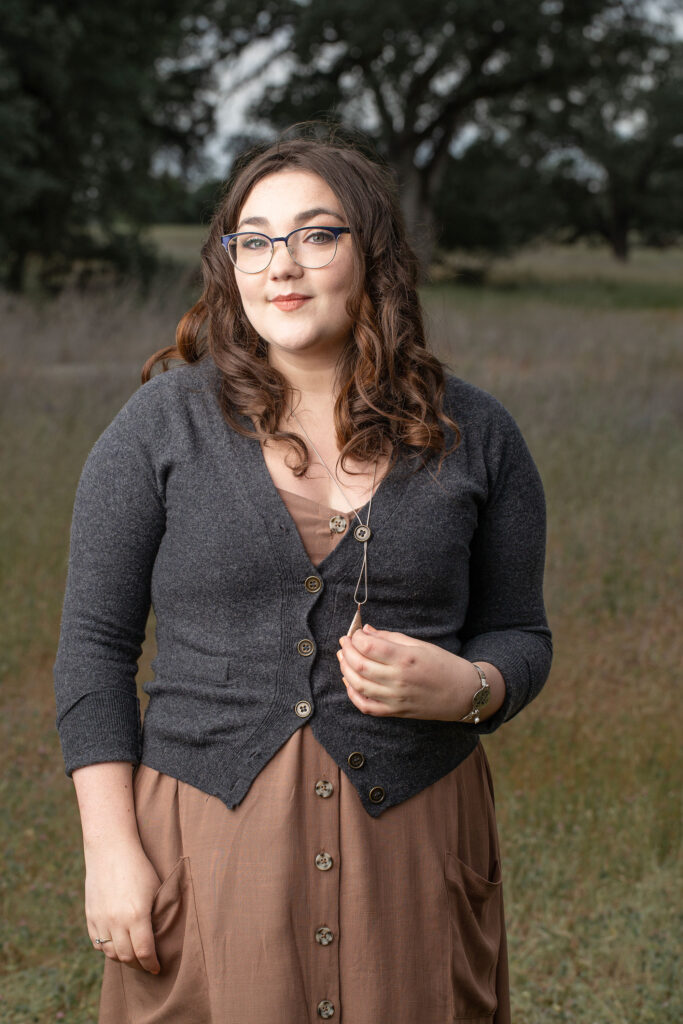 Hannah is radiantly fluent in the universal language of song, and she has the gift of making seriously beautiful music with effortless grace. Her performances are always artistically surprising and deeply moving. She finds treasure in even the most daunting of life’s experiences. She is fearless in sharing the most complex of emotions with her listeners. Eloquent, warm and wise in an innocent way, she has a comprehensive artistic vision, a vision that is as inspiring as it is engaging. Two major inspirations shaping Hannah’s work are the music of Stephen Sondheim, who lit a deep spark of desire to master the art of storytelling in her compositions, and the iconic intensity of Bonnie Raitt, who fires Hannah’s drive to push beyond the idea of being a “singer who plays” and be a “player who sings”. Sondheim’s ability to create complex three-dimensional characters using music and lyrics provided Hannah a map for her determination to have her own songs achieve similar power and detail that add up to revealing portraits of human nature. And Raitt’s courage in exceeding all expectations for a young artist, mastering her instrument with compelling technique, and carrying the traditions of guitar based music into a promising future continually kindles her imagination. Hannah writes vivid music that is all the richer for the heartfelt intimacy of her voice. Hers is a sincere craft, created with a jeweler’s attention to design. Her songs are saturated with a charm and melodic color that can be as evocative as Appalachian ballads or as rousing as Broadway show tunes, and they shine with pure emotional truth. 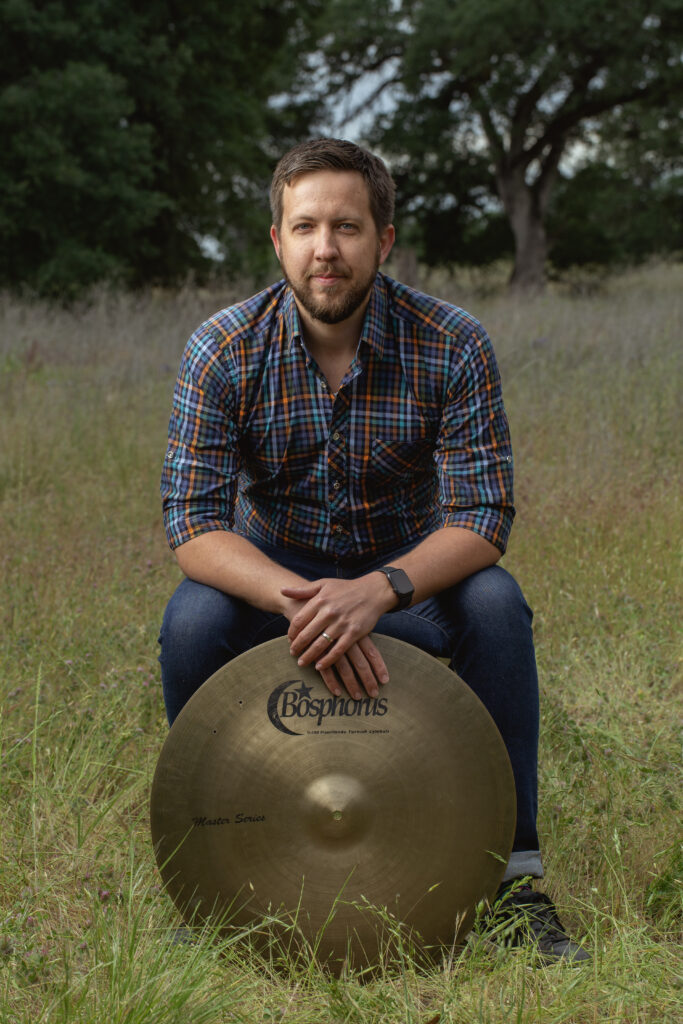 Tim Stephenson is a jazz percussionist known for his diverse talents and ability to adapt to new musical situations. Throughout his career, Mr. Stephenson has played in many groups with genres ranging from Classical, Jazz, and Latin, to Rock, Pop, Folk, and Country. A multi-instrumentalist, Mr. Stephenson has performed on guitar, piano, mandolin, and voice in addition to percussion. Because of this diversity, he has had the honor of singing with Ben Folds and the Seattle Symphony, playing drum set with Butterscotch, Donny McCaslin, Davie Allen, and Joe Gilman, performing with a jazz quartet in Dublin, Ireland and touring in Italy and The Netherlands with Northern California Surf Rock Band, The Pyronauts.
In addition to his music, Tim is a certified performance coach (McLaren Coaching) and owner of Inspire to Create; an inspiration based company that provides a safe, creative environment for transformation through custom visualizations, group inspiration classes for both professionals and students, and inspiration retreats. Tim uses the powerful tool of visualizing to help his clients access their own inspiration and create the results they want in their lives. His purpose is to Inspire through Creativity and Passion, and he seeks to implement this into all that he does. 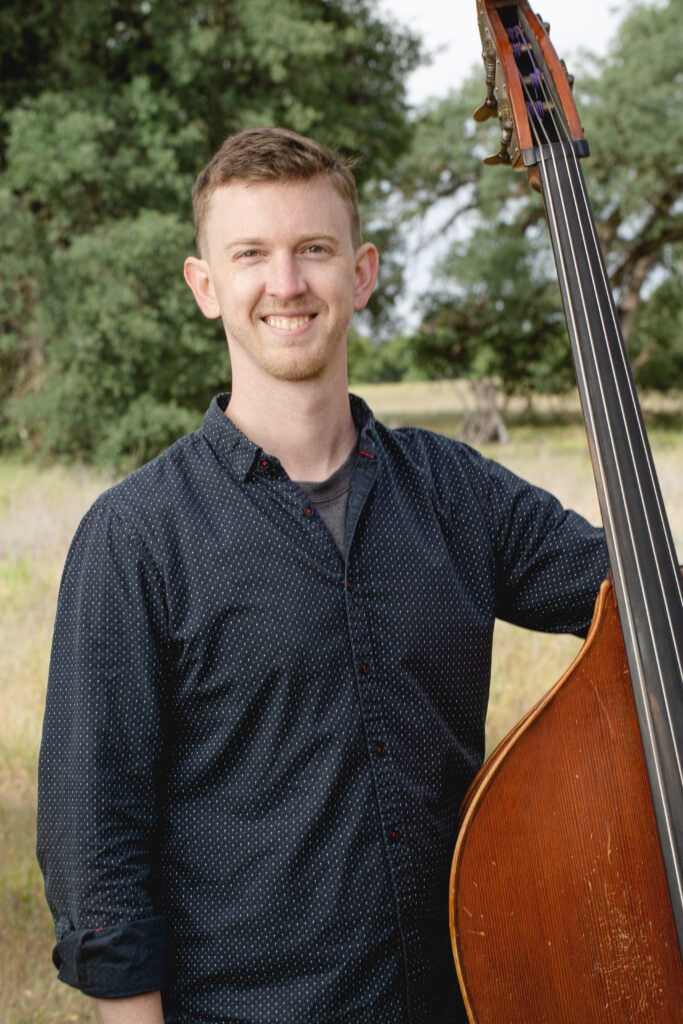 Benjamin Kopf is a professional Bassist and Producer living in Sacramento. While attending Berklee College of Music in Boston, he studied Contemporary Writing and Production, as well as earning a minor degree in Conducting. After graduating in 2014, Ben has worked as a freelance musician, playing with band leaders such as Vivian Lee, Byron Colborn and Joe Mazzaferro.

He has also secured regular spots in bands The Henry Robinett Group, One Button Suit, and Shawn Thwaites Rebel Quartet, as well as at The Table UMC, and Solabel. As a producer, Ben has recorded singles and albums for artists Darci Phenix, Commerce TX, and SloCoast.

TO BE RECORDED ON FIRST album TO BE RELEASED LATE 2021